Hello from Atlanta, Georgia, USA. My journey to get to Convergence 2015 was relatively uneventful (which is good), but long (which is expected). I booked my flight with Delta as their base hub is Atlanta. My itinerary showed that I would be able to complete the journey to Atlanta with two flights: Perth to Sydney and Sydney to Atlanta. This sounded great as I normally have to take three or four flights to get to my destinations in the USA.

I left home at 9:00pm on Thursday 12th March after a long day out. My wife and I had met a couple while on a cruise holiday back in June 2014. They mentioned that they would be boarding another cruise holiday from Perth in March 2015, so we offered to show them around Perth for a day before they boarded the ship. I had packed my bags on Wednesday night and spent the day visiting Sculptures by the Sea at Cottesloe Beach, a few wineries in the Swan Valley area (I was driving as I don’t drink) and the Botanic Gardens at Kings Park.

We got home at 8:00pm, just enough time to eat and get changed. Below are a couple of my favourites from Sculptures by the Sea (love the Roo getting revenge): 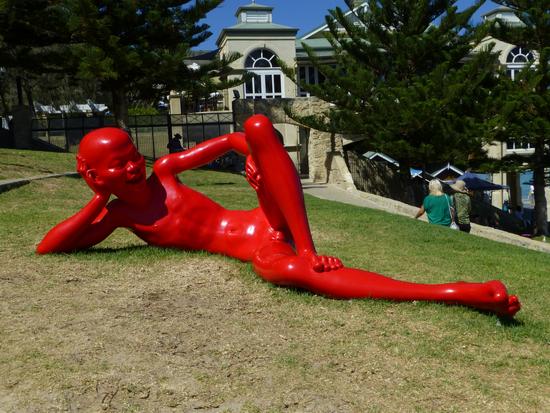 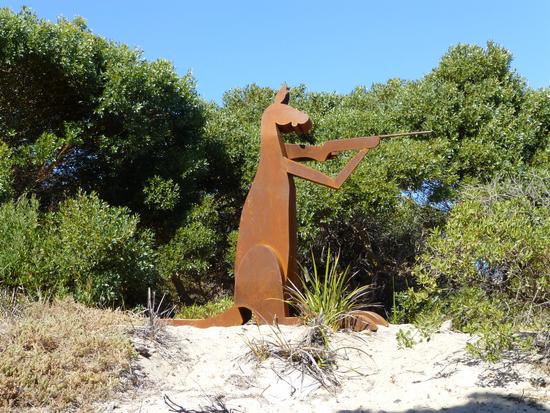 Anyhow, after arriving at Perth airport at about 9:30pm, I was able to get checked in and drop off the baggage fairly quickly and so had time to relax before the flights started. While waiting at the gate, I met Michael Marosa who used to work as partner in the Dynamics GP world for many years. He now works more with Dynamics AX and Dynamics NAV, but we will forgive him.

My first flight was a “Midnight Horror” (aka “Red Eye Special”) leaving Perth at 11:30pm and flying through the night arriving at Sydney at 7:00am after 4.5 hours flying. This left me with 5 hours to kill in Sydney before boarding the Delta flight to Atlanta. I found a place where there was seating and a power point and charged up my Lumia phone, Zune (yes, I like my 64GB Zune HD. Listening to music on a separate device is better than arriving at your destination with a phone that has no charge) and my noise cancelling headphones. 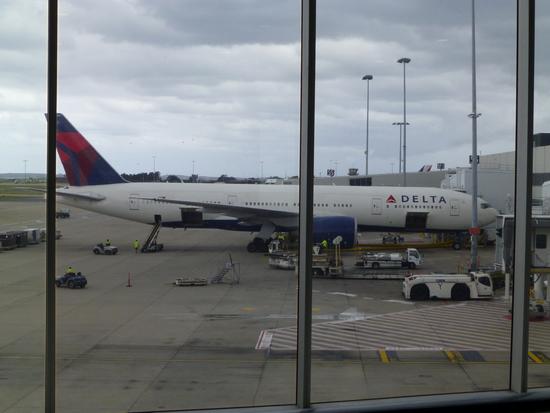 Then it was 12:15pm, time to board my direct flight to Atlanta…. Only to have my boarding pass replaced at the gate with a flight to Los Angeles and then a flight from Los Angeles to Atlanta (with the same flight number). While it was a single flight it was not non-stop as I had believed. Oh well, two flights was too good to be true.

The international flight arrived a little late into Los Angeles at about 8:00am and had a very tight connection to the ongoing domestic flight to Atlanta. The next flight was already starting to board as I was going through passport control and customs. I managed to get to the flight in record time, it was one of the quickest transitions from international to domestic that I have ever done in the USA. I have missed flights before because it usually takes a couple of hours.

The final leg left Los Angeles at 9:00am and arrived at Atlanta at 5:00pm local time. As I walked to baggage claim (I know there is a train, but it was full and I needed a walk), I came across a display of sculptures from Zimbabwe. 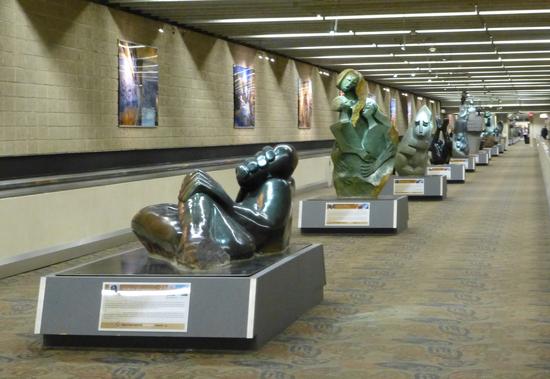 After collecting my baggage, Mariano arrived to pick me up and take me to his place. He has kindly offered for me to stay with him while in Atlanta. In fact I would be in trouble if I didn’t stay with him. 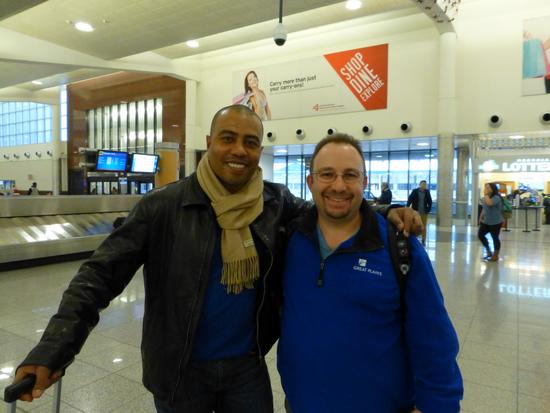 So the journey finished at about 6:00pm Atlanta time when we got home. Atlanta is currently exactly 12 hours reversed from Perth. My trip door to door started at 9:00pm Thursday night (Perth Time) and arrived at 6:00am Saturday (Perth Time), this gives a total travel time of 33 hours.

Looking forward to seeing everyone.